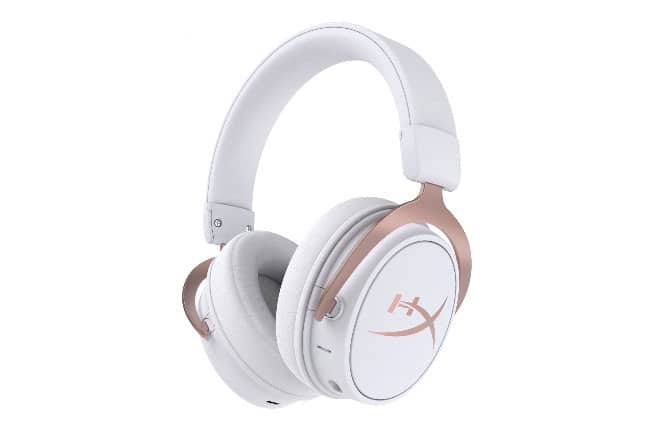 A little over a year ago, HyperX launched the Cloud MIX gaming headset. What made this model particularly cool was its ability to work both wired and wireless. In other words, you could use it as a Bluetooth headset when you wanted, but also, using the included cable, you could hard-wire it into your computer or other device.

Today, HyperX launches a new “Rose Gold” edition of the Cloud MIX headset. What new features does it have? Absolutely zero. It is virtually identical to the normal Cloud MIX except it has a new rose gold color. Now, the entire headset isn’t rose gold — it is mostly white. The namesake color is more of an accent. Regardless, it looks quite pretty.

Nathan Almond, headset business manager, HyperX explains, “The HyperX Cloud MIX headset has been very well received since its debut in 2018 as a best of both worlds high-performing headset for wired gaming, mobile gaming and listening to music. The versatile design and usability of the Cloud MIX headset lends itself to the new Rose Gold color, giving users expanded choices with the comfort, features and sound performance inherent in the line-up.”

If you are interested in specifications and other details, you can read our previous article on the headset here. The cost for the new Rose Gold edition is $199.99, and it should hit retailers very soon.