It’s mid-July, and GoPro is shooting its promo for the Hero 8 Black camera that will launch a few months later (that’s today). I was offered a behind-the-scenes look at how the company shoots its most important video of the year, the one it hopes will inspire millions of people to pay $399 for its latest and greatest device. All I had to do was get myself to Hawaii. No one mentioned anything about jumping off a boat.

The video I’m here to watch being made is a bit of a tradition. It’s a few minutes of feel-good vibes that sells you a lifestyle as much as it does a camera — and each year many look forward to it. And it’s no small task to make it. GoPro’s media team will travel to 25 beautiful locations around the globe over the entire project. That number expands to 75 if you include all the footage shot by sponsored athletes. All of that is then sifted through and condensed into the few pulse-raising minutes you see above. 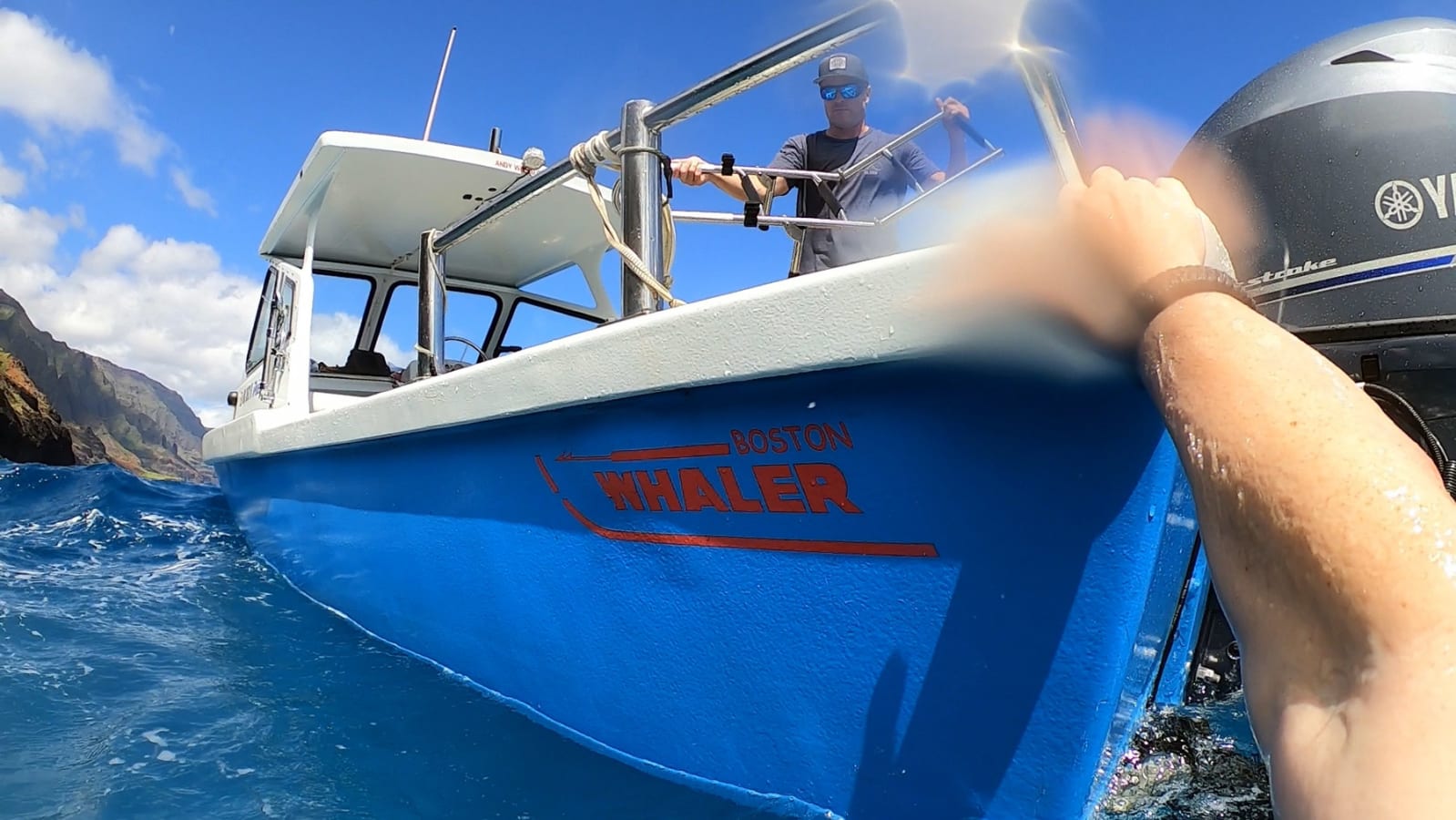 GoPro’s Hawaii crew is made up of five members of the media-production team plus two athletes — locals Nolan and Linda — as on-screen talent. Then there’s me, pale and out of shape, and my PR handler (and our optimistic boat captain). We only have two days with the media team, although this leg of the shoot will go on longer.

In fact, Hawaii is barely in the final video, comprising just a few seconds over three blink-and-you’ll-miss-them scenes. Much of what was shot here will instead find its way into a variety of marketing materials. The amount of work and air miles that go into two short videos seem slightly less decadent once you know how much is repackaged and reused for various different promotional efforts.

In my mind, I would land in Hawaii and catch up with the media team on location. In reality, we arrive at roughly the same time, and within minutes I’m navigating a trail, wet from recent rain, with mud sucking the sandals off my feet. A few minutes and one broken flip-flop later, we reach a small clearing, there’s a river with a rock protruding above it. Team GoPro instantly start doing flips off the ledge (with the new cameras of course). I’m already feeling the pressure to blend in, so perform a perfunctory “pencil” dive into the water. It’s fun, but the resulting clip I record is barely worthy of my 400 Instagram followers. Team GoPro whoops in support anyway. 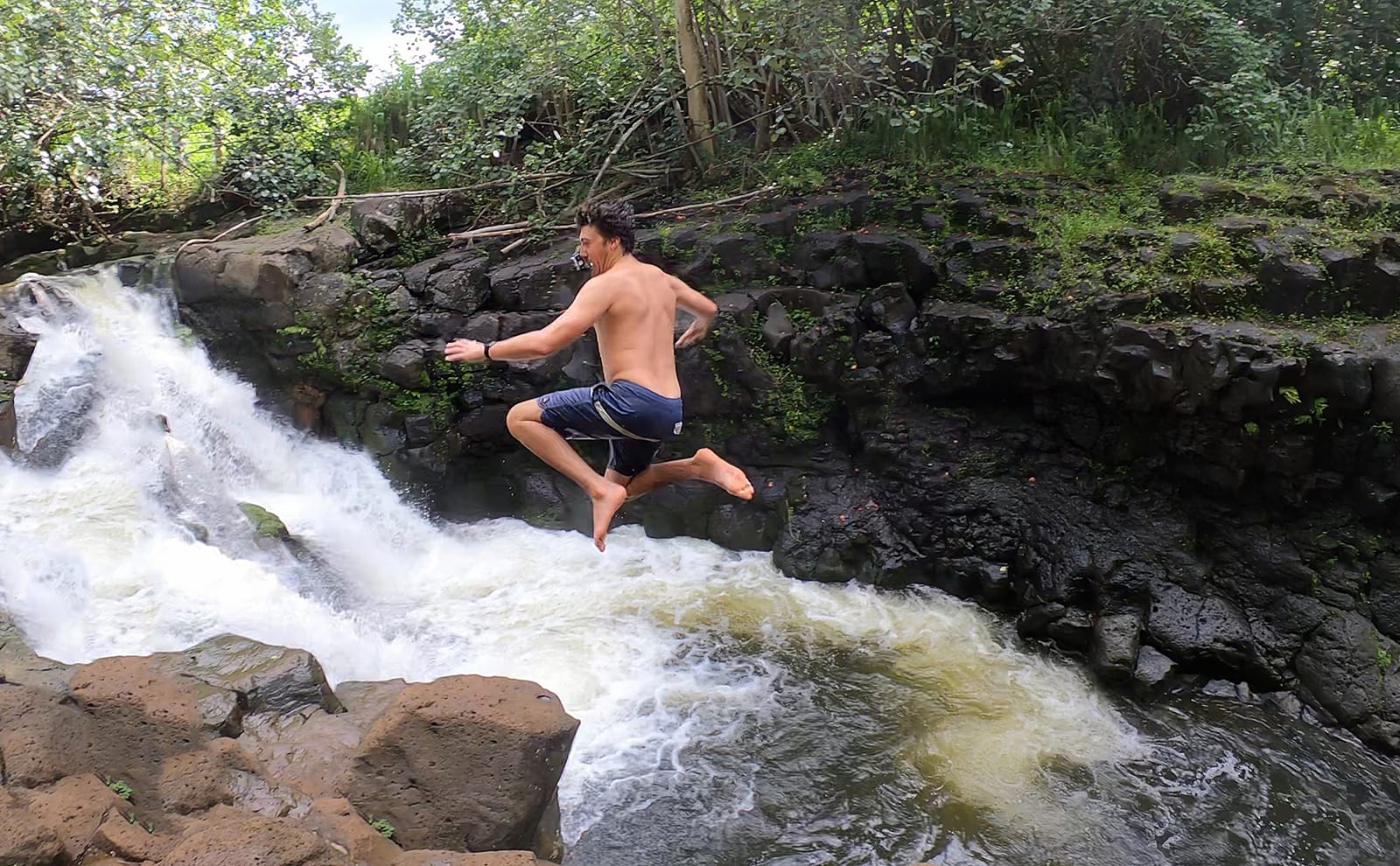 That beach I ungraciously washed up on is tucked away on an idyllic spit of Hawaii, accessible only by boat. You’ve seen these locations before, usually dripping in golden-hour wanderlust with beautiful people doing incredible things. What they don’t show you is that, sometimes, a reporter is just off-camera nursing his ego while pretending to be a rock.

Why? Because on this shoot, the GoPro team are also recording with the new Max camera, and as it shoots in 360, everything gets in shot — including the crew. So what do you do on an exposed beach to avoid being in the scene? We make like rocks (seriously). Yes, we literally curled up in the rocks and didn’t move a muscle, though my white top might have been a bit of a giveaway.

There’s less worry about the all the gear being in the shot, though, as the production team travels fairly light. As someone who has used GoPro cameras for several years, and not once even come close to producing something that would be worthy of a “sizzle” reel, I assumed GoPro used elaborate gear or staged environments. At least for the parts I saw, it was mostly a bag full of cameras, memory cards and a few selfie poles.

“Our full gear list mainly consists of just GoPro mounts. And then in terms of cameras usually I would say 20 is average, 40 high and 10 is low,” Abe Kislevitz, GoPro’s senior creative director, told me. “We usually have enough SD cards to last us two to three days of filming without having to swap out, so 60 SD cards. Batteries is usually on the order of 60 to 80.” 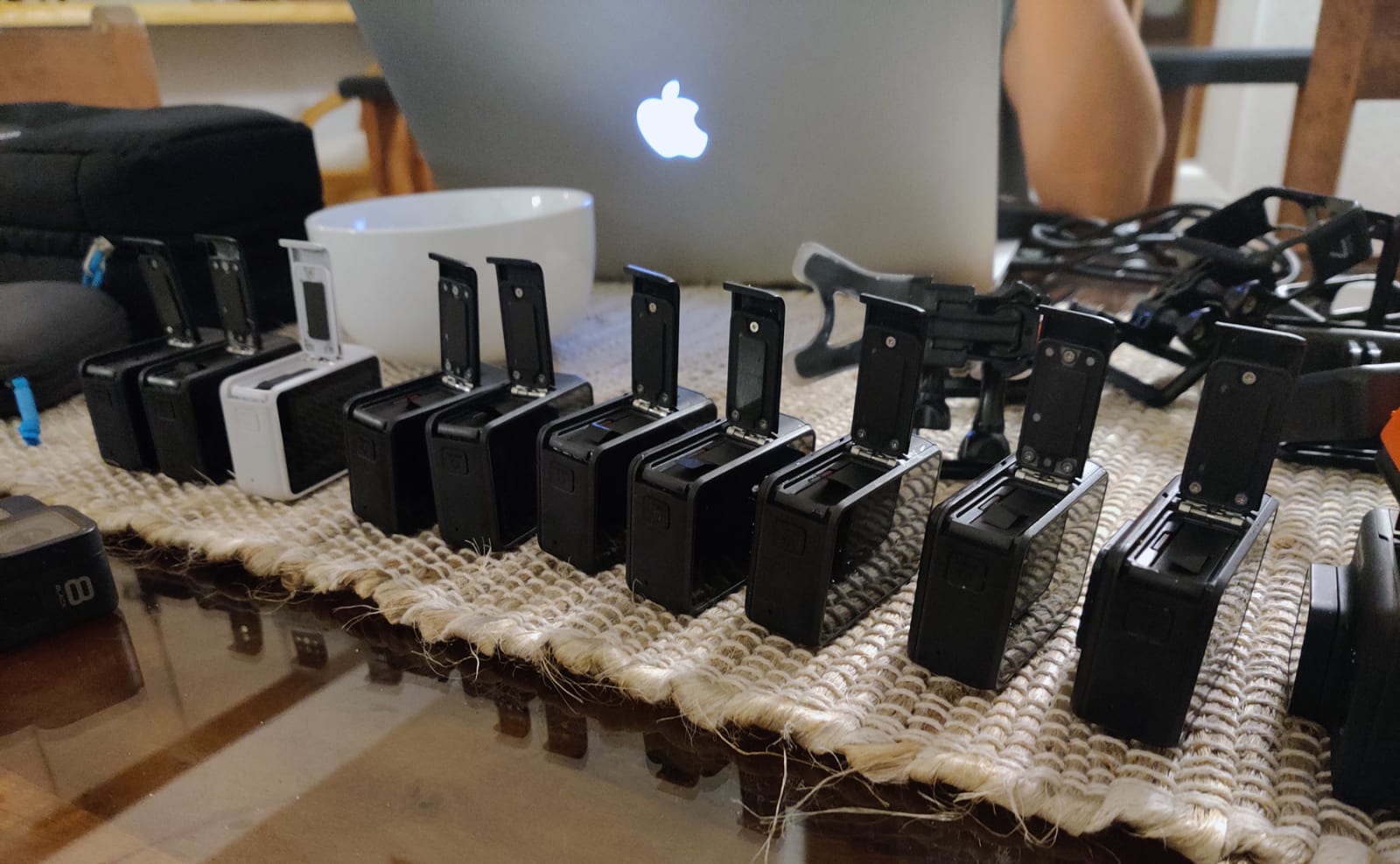 Before our journey out on the boat, we spent a morning at the base of a waterfall. To get there, the team slip past a sign saying “do not enter” before hiking down a well-trodden trail, where many other people (who had clearly also ignored the sign) are enjoying the misty spray and dream-like setting.

Party-pooper time: Some of the scenes in the video are staged (in case you thought they weren’t). While we’re at the waterfall, Nolan, Linda and one of the GoPro media team are directed to walk out to, under and back from the waterfall several times. Occasionally they are asked to pose, hands in the air as if they’re having the time of their lives. Meanwhile, a Karma flies as near as it can without getting doused in the spray-off. Yep, the team still uses Karma — which means some of the footage is shot with older GoPros, as the Hero 8 isn’t compatible with the drone.